In the fitting out of a volunteer regiment for active service, neither the State nor National governments appeared to take a leading part. First came the family and friends, fraternal, civic organizations and church groups sent scores of absolutely indispensable articles: such as thimble, scissors, paper of pins, a needle-book with all sizes of needles, several spools of thread, a big ball of yarn for darning.  Some went so far as to put in a bundle of patches, buttons, and bandages.  These were a few of the motherly, wifely, or sisterly tokens, tucked away in the soldier’s knapsack. Then outside friends brought their offerings, among them cases of medicine for self-doctoring; tourniquets for the stoppage of blood-flow; havelocks, handkerchiefs, etc..

(photo: letters from home were always the best gift to receive in camp) 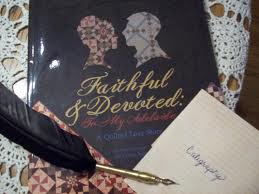 Prompted by the letters written home from the men on the front, New Hampshire women throughout the state working from churches or neighbor’s parlors held weekly or monthly meetings to sew, knit or construct articles of clothing to send to the troops and field hospitals.  In Dover, Mrs. John P. Hale, President of the Soldiers’ Aid Society would hold weekly meetings “to furnish soldiers in service with clothing, hospital stores necessary to health and comfort, when not supplied by the government, and to carefully watch and care for the general well-being of New Hampshire troops, in every possibly particular”. After the first meeting on June 13, 1861, the ladies of Dover were able to raise $962.08 over the next six months.   During 1862, the State Aid Society at Concord collected “552quilts, 2003 bedsacks, 1127 sheets, unrecorded number of pillowcases, 1919 cotton and 818 woolen shirts, 882 woolen drawers, 2063 pairs of stockings, 3905 towels and napkins, 4705 handkerchiefs and 21, 768 barrels and jars of miscellaneous contents, besides a cash tally of  $3,292.81”.  Even towards the end of the War in 1864, the Ladies of Rochester held the Old Folks’ Concert conducted by Col. C.S. Whitehouse. This event raised $284.00.

socks to send to men on the front during the Civil War.) [1]

There used to be a joke about clothes sent to the battlefront. “They used to say that clothes came in three sizes: too small, too big and doesn’t fit,” she said.

Masculine admirers, who had a sanguinary idea of soldiering, for others, contributed their addition to the outfit in the shape of  a few gold coins, enormous pocket-knives containing a complete kit of tools; dirks; revolvers with bullet-mould and powder-flask. A knife-fork-and-spoon contrivance was a trophy for the more favored ones. Yet this was only a beginning.

While in camp at Concord, newly obtained monies was expended lavishly. Innumerable knick-knacks, as useless as numerous, were laid in store. One of the favorite articles of the outfit was the steel-plated vest, a garment into which a pair of heavy iron breast-plates were to be slipped when going into action, at other times to be carried in the knapsack. When the paraphernalia enumerated above was all arranged, and mounted on the soldier’s back, a giant would succumb to such a load on a moderate march.

It is not to be inferred that a majority of the regiment so ridiculously handicapped themselves, but many did; and nearly all packed their knapsacks with a medley which would have been judged absurd by themselves when settled down to genuine campaign work.

At Concord, prior to embarking, the regular outfit of the 14thInfantry was issued in parcels. October 9, rubber blankets and haversacks were drawn from the quartermaster. The day following, the State bounty of fifty dollars was paid. The town bounties were paid by agents from the several towns, who paid the men as soon as they were accepted and mustered. The United States bounty was paid on the same conditions. On the 15th guns and equipments were supplied; and this was the day when, according to rumor, the Fourteenth was to leave the State: but rumor then, as generally in a military camp, was entirely at fault ; for a third of a month elapsed before the order came. 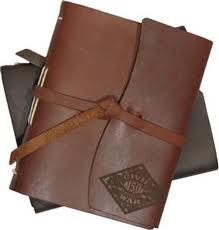 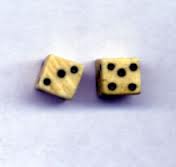 On the urgent recommendation of Peter Sanborn, State treasurer, the allotment system was adopted by a large proportion of the men, whereby from eight to ten dollars a month were reserved from their wages by the paymaster, and paid to the friends at home to whom the allotment was made. This plan resulted in a considerable check on the reckless expenditure of many in the army.

After a soldier arrived at a more or less permanent location, gifts from home were relished by the entire company.  Most cakes and fruits arrived either too moldy or too stale to be palatable.  Preserved jars of peaches, plums, berries, nut meats, honey and maple syrup (if not broken in transit) were always cause for a celebration  A small flask of spirits, homemade wine or a vial of whiskey was always appreciated by the troops, but the most precious of all gifts were the letters that accompanied those treats.

(photo: a soldier’s travel writing desk was bulky to carry, and oftentimes given to the Company Clerk) 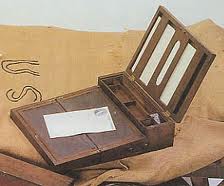 “At the encampment for the 5thNH Infantry in early March 1863, there came many boxes that had been held up for months.  Some were addressed to men who had been killed at Fredericksburg in December  three months earlier, or had died of their wounds.  The receipt of such largess from home was a “Grand Jubilee” in the words of Private James Daniels.  The company commanders opened the boxes of men who were no longer with the regiment and found that most of the food – “comprising almost everything prepared in New Hampshire kitchens,” Lieutenant Livermore wrote – had spoiled.  There were a few useful articles of clothing, but the real treasure was liquid. “Out of nearly every box there came a bottle, jug, or a can of wine and other liquor, from the vilest to the best,” Livermore wrote. The men received some of the drink, but the Officers kept most of it for themselves.  In Livermore’s cabin, “the commanders of several companies indulged themselves on a liberal allowance.” [2]

The homemade food in Corporal Miles Peabody’s box was ruined except for some donuts and some butter.  Even these tasted very strong of new leather.  The food had been packed weeks before in the new boots he had requested.  He was offered $10 for the pair, but he wrote to his parents that he would never sell them at any price. [2]  Colonel Edward Cross had frequently complained to the NH Governor about the lack of good shoes, and how the government-issued shoes wore out in a matter of a few weeks due to the amount of marching required not just for drill, but for all the constant movement through all sorts of terrain and through the myriad Southern Virginia streams and swamps.

[2] My Brave Boys, to War with Colonel Cross & the Fighting Fifth, by Mike Pride and Mark Travis, University Press of New England, Hanover,NH.

A Memorial of the Great Rebellion, being a Historyof the 14th Regiment, NH Volunteers,Regimental History 1882-1885, Issued by the Committee of Publication, Franklin Press, Boston 1882.

The Stone School Museum, built in 1841, as a two-room schoolhouse, and now home to the New Market Historical Society, is located high upon Zion’s Hill on Granite Street.  Hours of operation are in our program of events and are on our web page and Facebook.  If you need further information, please call 603-659-3289 and leave a message or via email at newmarketnh.historicalsociety@gmail.com. Your inquiry will be returned as soon as possible. 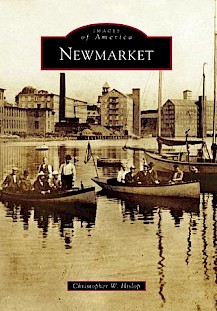 The Historical Society still has books at early release prices:

If shipped — an additional shipping & handling fee of $4 applies.

All proceeds from the sale of this book by the New Market Historical Society help  the preservation of our collection.

or donate any amount

You can pay event admission here

CANCELLED FOR 2021 due to Covid Concerns